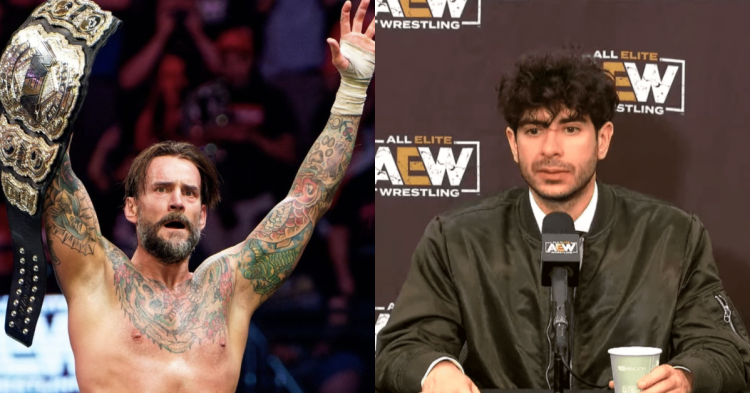 It is unlikely that CM Punk will compete for AEW again. Following his suspension after the Backstage Brawl, Punk's AEW future is unknown.

It is unlikely that CM Punk will compete for AEW again. Following the AEW All Out pay-per-view, CM Punk spoke to the media as the new AEW World Champion. Punk didn’t waste any time harassing his coworkers during the post-show media scrum. Colt Cabana, a former friend, and coworker in Ring Of Honor was the target of Punk’s first tirade. The company’s EVPs, Kenny Omega, and The Young Bucks would then come under attack from Punk.

Later that night a Backstage Brawl broke out Including CM Punk, Johnny Ace, Kenny Omega and the Young Bucks, and a few other members of The Elite. According to a recent update, Christopher Daniels, Michael Nakazawa, Brandon Cutler, Pat Buck, Punk, Omega, The Bucks, Page, and Steel would all be suspended as a result of their involvement in the brawl.

According to Wade Keller of PWTorch, who gave a brief report on the potential statistics of the former AEW World Champion: “I’m almost willing to say [Punk is] probably done with the company. But I’m not super confident about that, because I just think there are so many moving parts in this story. But that’s certainly where their leaning is right now, as opposed to he’s totally forgiven and the others are gone. I think it’s more likely Punk is gone for a variety of reasons. And I don’t know if that includes insubordination in that Q & A or if it has to do with other aspects or if it has to do with Punk just wanting out now.”

More troubles for CM Punk due to backstage-brawl

As previously mentioned, Punk’s future with AEW is uncertain as a third-party legal firm looks into the backstage confrontation between Punk and Producer Ace Steel and AEW EVPs Kenny Omega and The Young Bucks at AEW All Out earlier this month. Since that evening, Punk, Steel, and the EVPs have not been at Dynamite, and it is rumored that, once the investigation is over, longer suspensions, and possibly releases, will be given.

As a result of a dive during his victory over present AEW World Champion Jon Moxley in the All Out main event, Punk also currently has a torn left triceps.

Though nothing has been confirmed, there have been rumors of possible lawsuits and legal problems stemming from the All Out fight.

A new report has indicated that former AEW World Champion CM Punk is set to leave the company following his backstage fight at All Out.#CMPunk #AEWAllOut #AEW #AEWRampage pic.twitter.com/w2msL70qrV

There have been numerous unconfirmed rumors that Punk and Steel may be released after the investigation is finished, according to the latest report from Wrestling Observer Radio, and lawsuits are anticipated to be filed if anybody loses their job as a result of the incident.